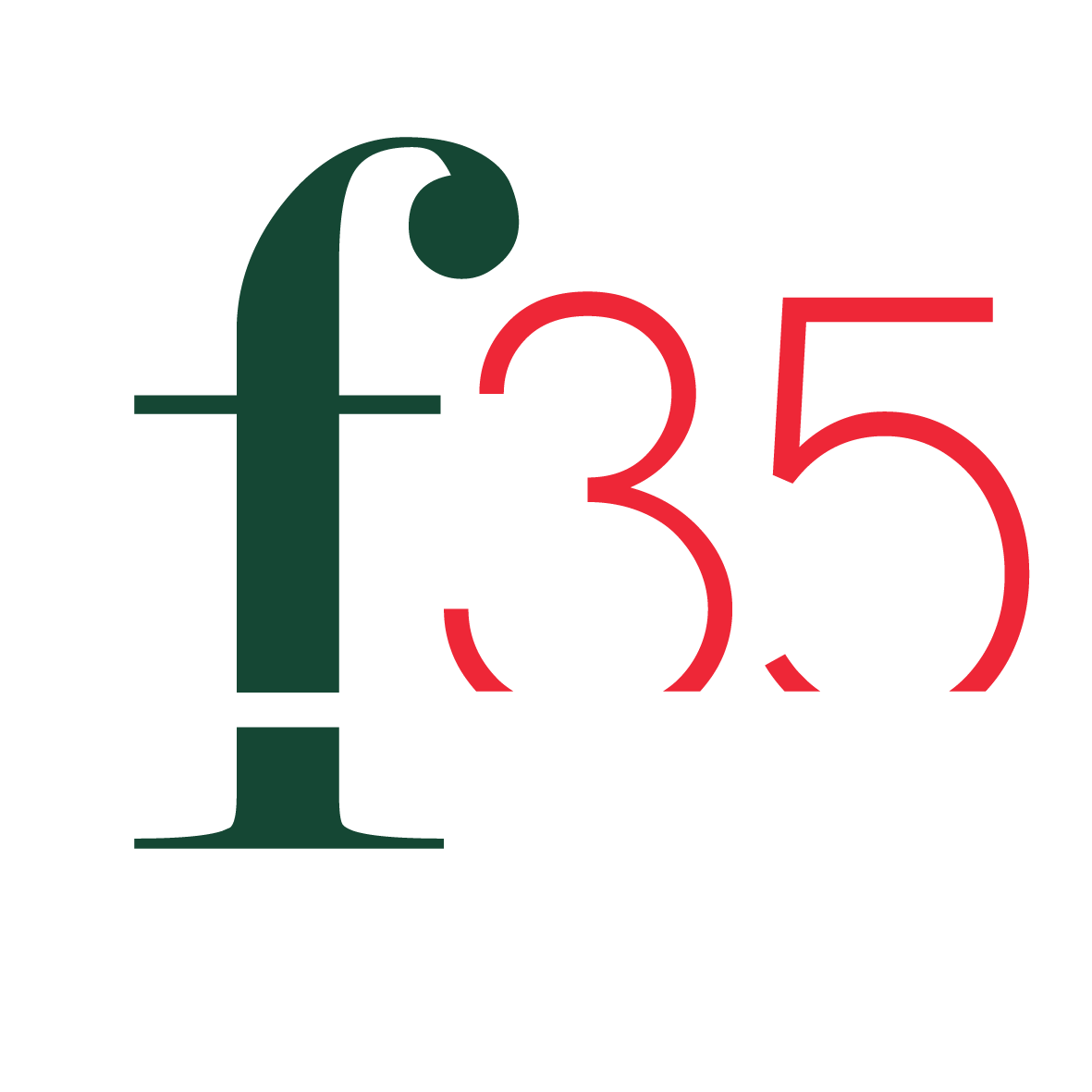 You are here:
Salon news 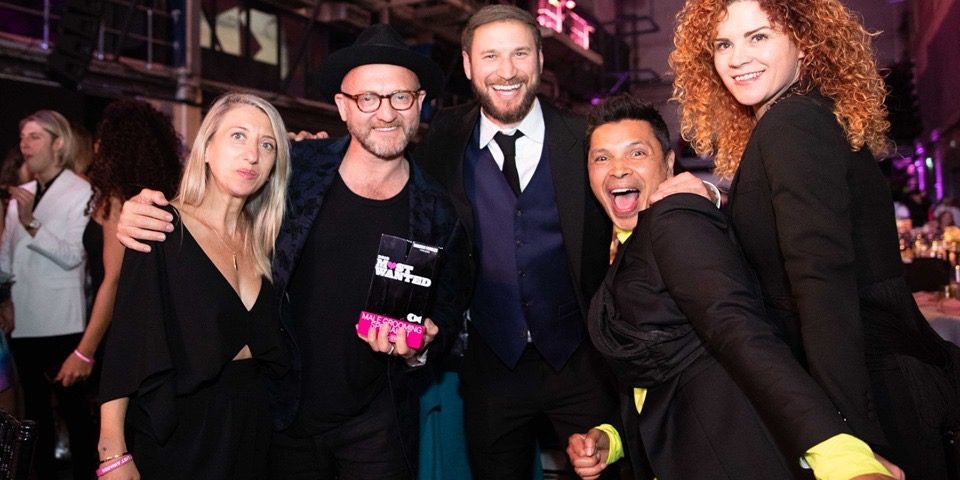 Hurrah!!! Our very own #bossman Darren Fowler won the Creative HEAD Most Wanted Male Grooming Specialist 2019 at an incredible event at the Printworks in London on Monday night!

Darren saw off four other competitors in this hotly contested category – it was extremely difficult to make it to the final, let alone win it!

“I am humbled and honoured to have won this award, it’s really is amazing.  There were so many strong male groomers in this category so just to be alongside them was brilliant, but to win – it’s another thing altogether!  These awards are highly regarded in the industry – I love male grooming, it’s a real passion of mine, so to be recognised for the work I have done is incredible. And to celebrate with some of the team alongside me was the best.”

To win Darren had to submit a portfolio showcasing his work in male grooming including a selection of images of his work and two case studies – one was on his work with men for London Fashion Week, and the other showcased ‘The Men’s Project’, an initiative Darren setup and rolled out in India. The Project teaches hairdressers how to build a strong male business within their salon in a country that has a strong focus on barbers.  His portfolio was then judged by leading names in the British hairdressing, fashion and creative industries to reach the Grand Final which was no mean feat!

“I’ve always believed that fowler35 should be as much about the guys as it is about the girls.  We’ve built a strong ethos around male grooming, and our team’s super experienced in looking after our male community. We are always upskilling and regularly train with barbers so we can ensure that we know the latest techniques and merge that into our traditional men’s hairdressing skills.”
Want to know more about the event and see Darren win?  Read about it HERE and watch a bit about the event HERE

Will You Help Spread the Word? (and receive a complementary treatment)
February 12, 2020 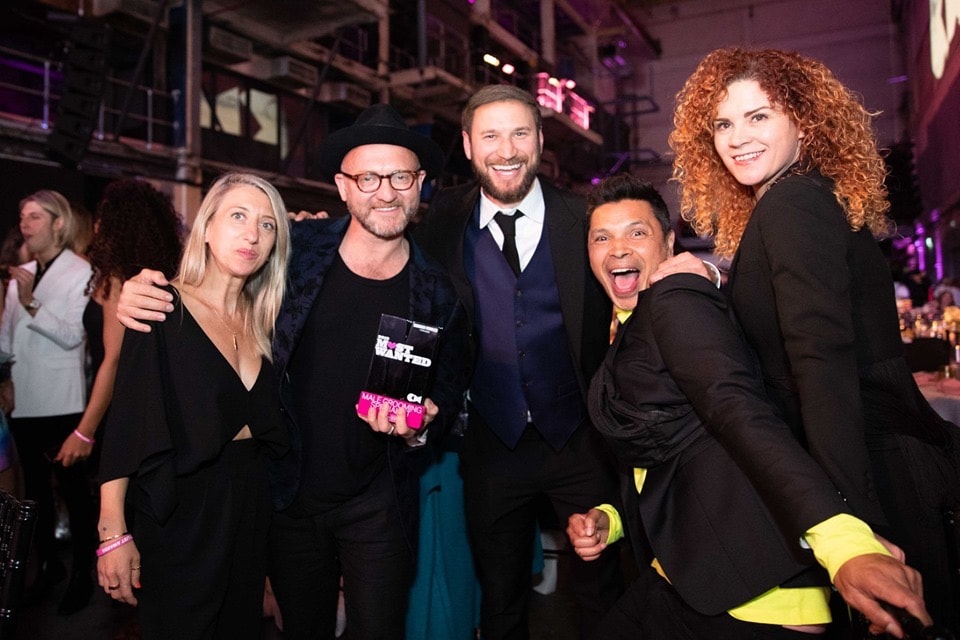 Sue Munson-Reid
19:07 12 Feb 20
Just started to go to this hairdressers as recommended by my son and his husband who have their haircut regularly... there. It is very friendly and welcoming there and I have been very pleased with the results so far. I have already booked my next appointmentread more

Vicky S
14:00 12 Feb 20
I absolutely LOVE this salon... and, for someone who doesn't like looking in the mirror for 5 minutes (let alone 3... hours!), that is saying a lot! The staff are all incredibly friendly, attentive and are always on hand ensuring you have everything you need. My hair magician is Andria - a colour expert, who consistently knows exactly what to do to make you look and feel your best! Thank you, as always, Fowler35! :)read more

Karen Quinn
21:32 11 Feb 20
I love this salon! I’ve been coming here for years and wouldn’t even dream of going elsewhere. Everyone is so... welcoming and you feel very well looked after the whole time. Andria is an absolute genius!read more

Tanja Rostamian
12:26 11 Feb 20
Fowler35 is amazing! First of all, they stay open late and able to cut/colour your hair after work. Big win! Secondly,... everyone there is so friendly and treat you like family! Lastly, I have been seeing Jude for years now and love her work. HIGHLY RECOMMEND THIS PLACE.read more

Anna Hájková
15:51 08 Feb 20
Thanks to Konstantin, who very aptly and with tact fixed my horribly colored hair (platinum orange). Now I look like a... normal human being again. He is pleasant, quick, supportive, and knows what he is doing. Also, great haircut. Much recommended!read more

Elle Buckley
10:06 07 Feb 20
Can’t say enough how much I love this salon, everyone is lovely from the moment you walk in the door , they even had... a resident dog that sometimes makes an appearance if you’re lucky. Loretta has given me the BEST haircut of my life- it grows out so well and maintains it shape even when I’ve left it way past the time when I should have had another haircutread more

Josephine Curry
14:24 20 Jan 20
Great salon, with really friendly staff and a bonus salon dog! Jude has been patiently restoring my hair to better... condition after years and different varieties of colours - she’s a miracle worker.read more

David Thompson-Nash
18:01 12 Dec 19
I’ve been having my hair cut with Luke for as long as I can remember, it’s fantastic everytime & I always love my... hair!!! Great salon, great team, great vibe ❤️read more

Demetra Georgiou
16:15 13 Nov 19
Since I found Luke I felt so happy with my hair! Been trusting him for almost 10 years. The atmosphere is friendly,... products are great and the salon doggy is a bonusread more

Megan Wharton
16:41 17 Oct 19
Fowler35 is a home away from home. The entire team, including Inca the dog who makes an occasional appearance, is... lovely and makes sure everyone who comes in has a wonderful experience. I’ve been a loyal customer for years. Special shoutout to Jude for always working wonders with my thin hair!read more
Next Reviews
Go to Top
Get FREE delivery when you spend £50. Use code: HOMECARESHOP NOW
+
%d bloggers like this: